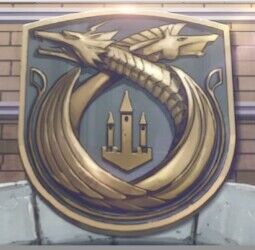 Tanbarun is a kingdom ruled by King Shenazard and where Shirayuki was raised by her grandparents. It is located to the east of Clarines, and has had a good, long-standing relationship with them. Overall, it is an uncorrupted and peaceful country, however certain groups like the Sea's Talon occasionally interfere with this.

It is part of the continent Fortissia.

Tanbarun has a diverse range of geographical features, such as mountains and cliffs. To the south there is a sea.

Port Town is presumably one of Tanbarun's largest port towns, and a large number of merchant ships are docked in the port at given time.

This is the castle where the royal family lives and governs the country from. It is located roughly in the center of the country where the capital is.

Retrieved from "https://akagaminoshirayukihime.fandom.com/wiki/Tanbarun?oldid=15758"
Community content is available under CC-BY-SA unless otherwise noted.